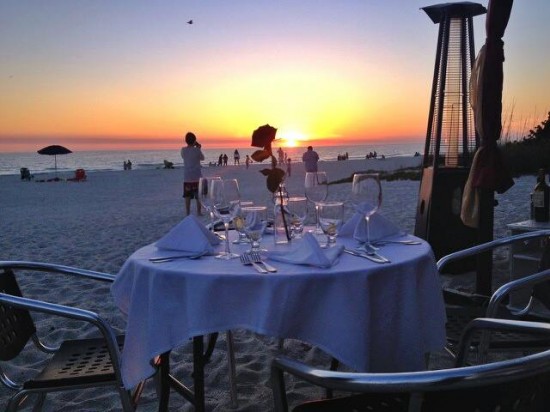 Beach Bistro on Anna Maria Island from inception was perfection. One of owner Sean Murphy’s favorite maxims is, “If you pursue perfection you will achieve a high degree of excellence a good part of the time.” I like to say, “aim for the stars, if you miss, you might hit the moon!” 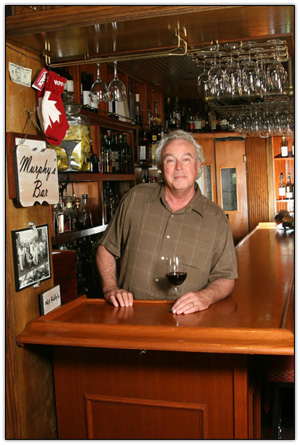 Beach Bistro was opened by Sean Murphy and his wife Susan Timmins in the fall of 1985, following a hurricane that pounded the windows of the Bistro’s waterfront location for three days. Sean, Susan, friends and family bailed and sand-bagged until exhausted, and only then could they return their attention to opening the restaurant in time for the start of “season”–November 1. When Sean was asked why he was doggedly determined to open on schedule, he replied “We had spent all our money and were overdrawn by $800…Opening night, we took in $848.” The rest is history. 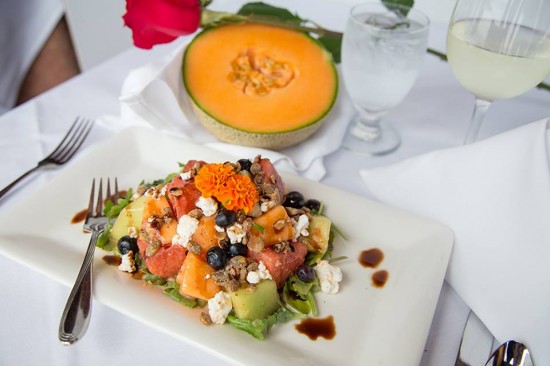 The Bistro endeavors to procure the very best American food product and serve it at its best. The Bistro serves only fresh grouper, USDA Prime American beef, domestic lamb and what owners call the “best Smoked Salmon in the free world”.

The Bistro’s relentless pursuit of excellence in food and service earned substantial acclaim both locally and nationally. In the early 90s the Bistro was awarded its first Florida Trend Magazine’s Golden Spoon as one of the Top 20 Restaurants in Florida. Throughout the 90s the Bistro earned increasing recognition on the regional and national level and was consistently awarded the highest Zagat ratings in the region.

In September of 2005, Beach Bistro was invited to perform a James Beard Foundation dinner at the Beard House in New York.

In 2006 the Bistro expanded the Bar and introduced a casual bar menu featuring The World’s Best Grouper Sandwich and the acclaimed Steak Sandwich. That same year, it also began offering a few outdoor tables for dining. The sunsets are spectacular!

Sean Murphy assisted in the opening of a Beach Bistro-style restaurant at the award-winning Concession Golf Course in eastern Manatee County in early November of 2009. Helping the Concession with their food operations, they also brought Concession chefs to the Beard House in November 2010, making it the first private club to present a dinner at the Beard House.

The Beach Bistro is currently an eight-time recipient of Florida Trend Magazine’s Golden Spoon Award and has been enthroned in the Golden Spoon “Hall of Fame.” Its wine list regularly receives the Wine Spectator Award of Excellence. Sean and company’s ambition has been the same throughout the Bistro’s twenty-seven year history. That is, to provide you with one of the best dining experiences anywhere.

A native of Halifax, Nova Scotia, Chef Sean graduated from Dalhousie Law School, the “Harvard of the North.” Avoiding a career in law and Canadian winters, he followed his passion for food to New Orleans and learned the restaurant trade under the tutelage of industry renowned Archie Casbarian at the world-famous Arnaud’s. There, he was introduced to Dr. Murf Klauber of the Colony Beach and Tennis Resort, where he worked before opening the Beach Bistro.

Sean attributes the success of his restaurant group to the strength of his team. “We have the strongest group of managers and chefs anywhere. They understand that our craft requires two major commitments: What we do must be done perfectly and we must be relentless in the pursuit of that perfection.”

A recent menu featured the following (with Chef’s sense of humor):

Roberto’s Farm Salad: Vibrant, full-flavored, herbs and greens in company with artisanal cheeses, grilled fruit, fruit sorbet, and heirloom tomatoes, “The Caesar Salad: The Bistro’s Caesar salad has a sacred lineage. The original recipe from Caesar Cardino’s restaurant in Tijuana travelled to Arnaud’s in the twenties. Sean was trained in its preparation at Arnaud’s before opening the Bistro. Warm Maple Leaf Duckling Salad with Arugula and Watercress, Warmed with a cognac, citrus-bacon vinaigrette. With apples, red onions, mangos and candied walnuts, Famous Bistro Bouillabaisse: killer broth, poach to order “Nova Scotia” lobster tails, jumbo shrimp, premium market fish, shellfish and calamari. Served with clever asides of herbed, garlic toast and aiöli, USDA Prime Tenderloin: Prepared in a classic Charlemagne style or with a cognac, Merlot, pepper demi-glace, American Rack of Lamb: Simply the world’s best, fresh, domestic lamb from Colorado. Herb-rubbed, pan-seared and oven-roasted. Finished with a port, rosemary demi-glace. “You can tell from the flavor that it has not travelled across a major ocean in the bottom of a ship,” Floribbean Grouper, Real Gulf Coast Grouper with a toasted coconut and cashew crust. Caressed with a red pepper-papaya jam. 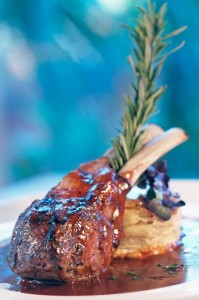 d
The Bistro’s beachfront location, on the beautiful white-sand beaches of Anna Maria Island, overlooking the azure waters of the Gulf of Mexico has earned Bon Appétit’s acclaim for being one of Florida’s “Most Romantic Restaurants.” 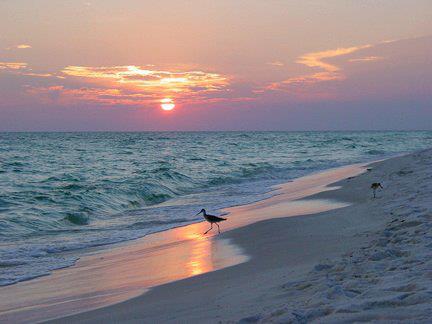 Enjoy Florida’s beautiful Gulf Coast, and please be sure to tell Chef Sean and the folks at Beach Bistro that Fred Bollaci sent you and be sure to check out their “Eat Here” restaurants on Anna Maria and Siesta Key!

I'm CEO and President of Fred Bollaci Enterprises. I lost more than 100 pounds while living "La Dolce Vita" and I'm now known as "The Healthy Gourmet." Sample the good life with me through fitness, fine food, and good wine. Meet chefs who cater to a healthy gourmet lifestyle through my Golden Palate blog.
View all posts by Fred Bollaci →
This entry was posted in Fred Bollaci on Dining and tagged award winning, beach dining, fl dining, florida, island retreat, USDA prime beef. Bookmark the permalink.