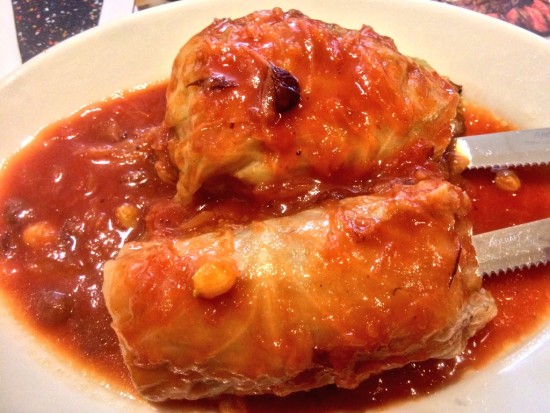 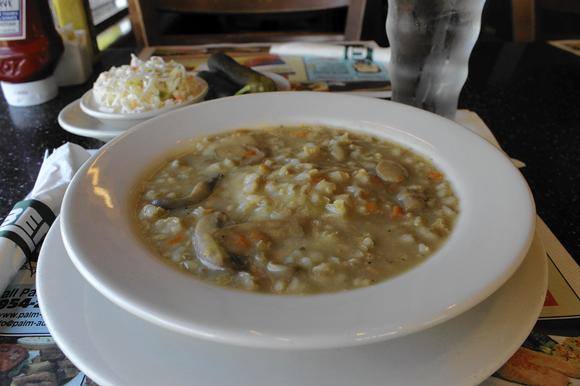 Ronnie Dragoon and his famous New York and South Florida mini chain of Kosher Jewish delicatessens is truly the best thing since sliced bread! Ben’s Deli is a Long island and New York City institution for 42 years, Ronnie takes pride in showcasing the foods of his Eastern European heritage, amidst all that’s required to operate a modern restaurant. Pictured above are three of my favorites at Ben’s- the classic Matzoh ball soup (the best softball-sized matzoh balls anywhere), the amazing Stuffed Cabbage rolls, and the Mushroom Barley soup. Ben’s is a Golden Palate Partner, and sets the Golden Palate standard for quality, authentic Jewish deli/soul food. The restaurant’s long-standing reputation speaks for itself.

Ronnie’s favorite slogan is: “we cure our own corned beef; our chicken soup cures everything else!” Since I was a kid growing up on Long Island, Ben’s was a part of life. The Chicken Soup and Matzoh Balls were and remain a favorite, whether I am under the weather or just looking for soul-satisfying warmth.

42 years in the restaurant business is quite an achievement. It is a testament to hard work, and doing things  right. Consistency and dedication. I’ve spoken with Ronnie several times, and can attest: you won’t find a more dedicated restaurant owner.

Ronnie ended up in the restaurant business in a roundabout way– his father had been in the dry cleaning business. He found it hard to make a living, so he took out his union card and bounced around to delis in New York – the Carnegie, the Stage, and Lou G. Siegel’s. He became a fixture at a deli in the Bronx, where he worked for seven years, finally getting his own deli in the early ‘70s; Ben’s Deli on W. 72nd Street. Ronnie worked part-time alongside his father, and at a deli in Queens.

In 1972, Ronnie found a deli that had gone out of business in Baldwin, LI that was available for $5,000. In September of 1972, Ben’s Deli opened in Baldwin. A classic American success story despite the odds and naysayers, Ben’s became an instant success. A college professor friend of Ronnie’s came in one day and said, “What are you doing here? You’re more talented than this — you’re going nowhere.” Ronnie replied, “I will make it work.” As business grew, Ronnie reinvested into the deli. Customers saw the store being spruced up and appreciated it.

After ten years, Ronnie opened his second store in Greenvale (1982) and another six to open Carle Place in 1988. Between 1989 and 1994 we were able to open six more locations, three of them Express Deli’s as opposed to full-scale restaurants. In 1996, I had an opportunity to acquire the venerable Lou G. Siegel’s on W. 38th Street in the garment district. It was a chance to capture for Ben’s the recognition that couldn’t be realized on Long Island. Venturing into Manhattan and acquiring the legendary Lou G. Siegel’s was a game changer. Suddenly, the new Ben’s was frequented by celebrities and public figures, including Jackie Mason, Ed Koch, Rolanda Watts, and soap opera stars.

Answering the numerous requests of snowbird and snowflake customers who have relocated or who winter in South Florida, Ronnie opened his first Florida location in West Boca Raton, a large, contemporary space which serves the same classics as his New York locations. Ben’s is famous for numerous hot plates, sandwiches, soups, salads, catering, events, and even delivers. Being a Long Island boy who grew up on Ben’s, I was thrilled that Ronnie answered the call to open a location 10 minutes from my Florida residence (I was one of the ones asking him)!

As for health-conscious, the chicken broth is exceptional, as is Ben’s Coleslaw which arrives the minute you sit down, along with house-cured pickles- Kosher Dills- sour and half-sour. The Israeli Salad (featured in my book) is a great light choice, and everybody loves Chicken in a Pot, Stuffed Cabbage, and numerous salads, including Grilled Chicken and Avocado, Orientale (chicken, carrots, romaine, cashews, peppers, water chestnuts, and more). Brisket, Roast Turkey, Omelets, great Wraps, and so much more–in addition to the famous deli sandwiches– corned beef, pastrami, brisket, tongue, etc. Today, Ben’s has locations in Bayside, Boca Raton, Carle Place, Greenvale, Manhattan, Scarsdale, and Woodbury. 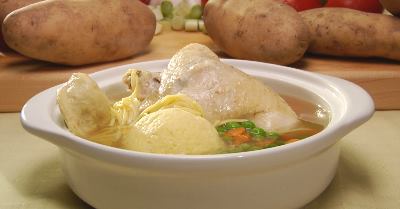 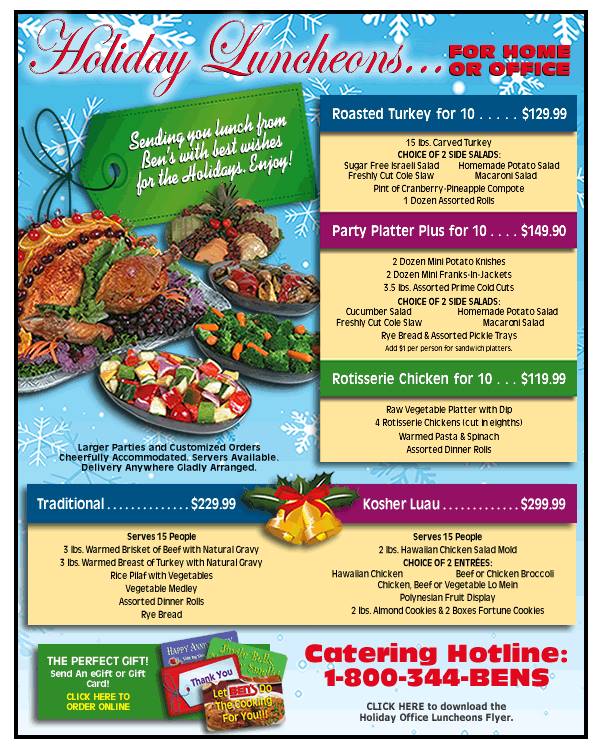 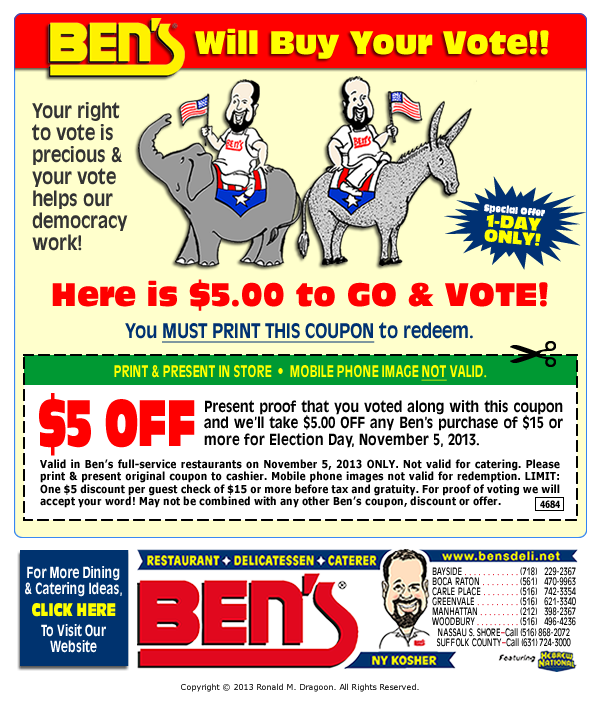 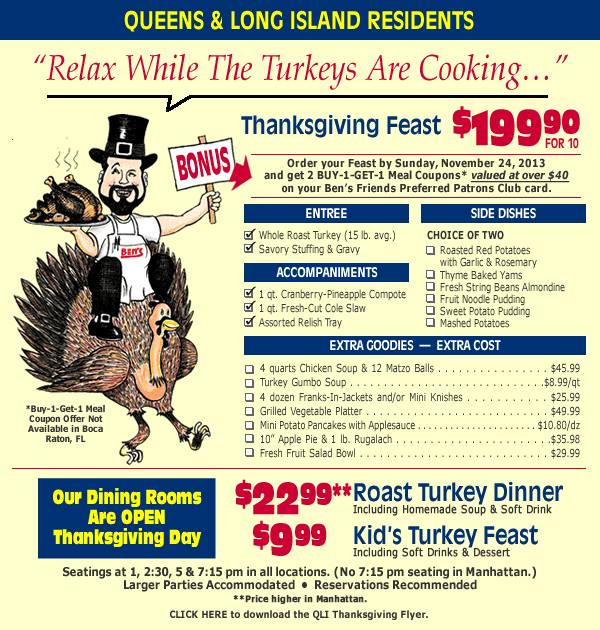 Ben’s is frequently running promotions and offering special menus for holidays, catering, parties, events, takeout, and delivery. The above menus are from previous years– be sure to inquire with your local Ben’s for the latest features.

I'm CEO and President of Fred Bollaci Enterprises. I lost more than 100 pounds while living "La Dolce Vita" and I'm now known as "The Healthy Gourmet." Sample the good life with me through fitness, fine food, and good wine. Meet chefs who cater to a healthy gourmet lifestyle through my Golden Palate blog.
View all posts by Fred Bollaci →
This entry was posted in Fred Bollaci on Dining and tagged deli, kosher, long island, NY restaurants. Bookmark the permalink.