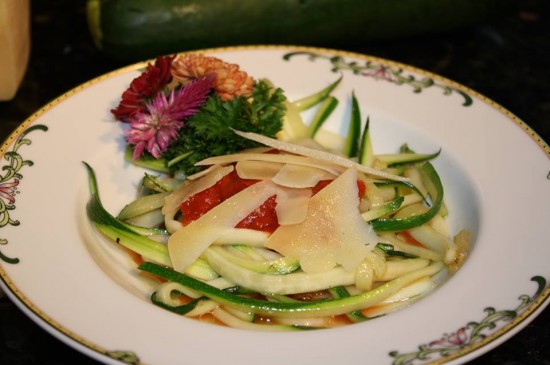 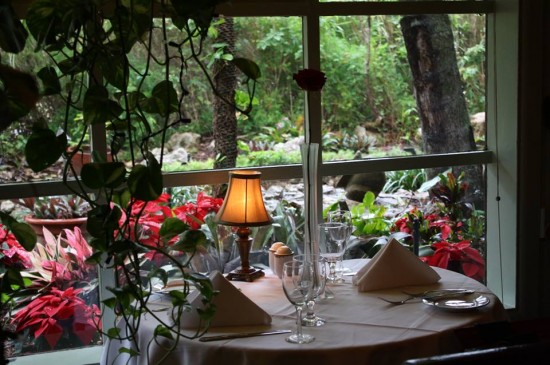 Euphemia Haye, the celebrated Longboat Key institution, and one of the Sarasota area’s favorite restaurants has been delighting diners since 1980, and is both a Fred Bollaci Enterprises Golden Palate Partner® with recipes featured in Fred’s upcoming book!

Longboat Key is known as a beach-lover’s paradise on Florida’s west coast, adjacent to Sarasota, and is home to one of the finest and most romantic restaurants around— Euphemia Haye. Also on site is the Haye Loft Lounge and Dessert Bar where you’ll find the best live music Sarasota area locals have already discovered. 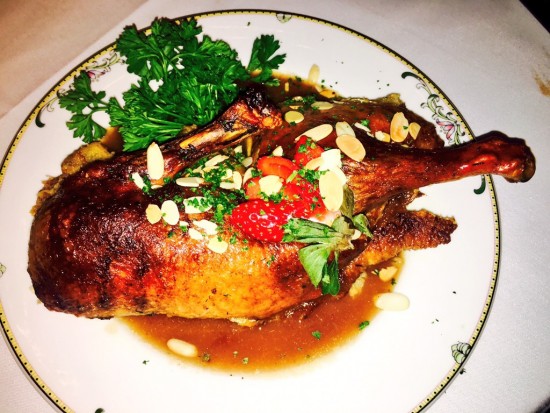 The Haye Loft, located upstairs, is designated for walk-ins only and the menu contains “lighter bites” including pizzas and a daily “sandwich” special. Chef owned and operated since 1980, Euphemia Haye is located inside a historic, wooden cottage, hidden among a scenic “jungle” of tropical greenery where palm trees are adorned in twinkly lights and birds of paradise are blooming. Chef Raymond Arpke, co-owner and cookbook author, along with his wife D’Arcy, are the restaurant’s inspirations. They invite you to “Come, dine with us and ‘let go.'” Even locals come here to feel like they are on vacation! Enjoy a glass of wine from their award-winning list and enjoy their and award-winning global and American cuisine while enjoying the lush, tropical surroundings. Euphemia Haye prides itself on excellent cuisine and charming, relaxed atmosphere, and exemplary service. 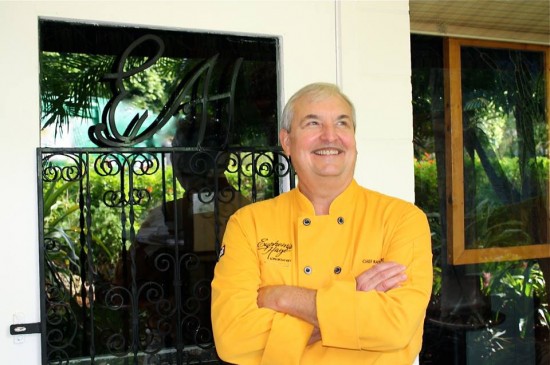 Chef Raymond Arpke is renowned for his high culinary standards and his joyful approach to food and life. As owner and executive chef of Euphemia Haye in Longboat Key, Florida, Chef Ray creates sophisticated cuisine and an experience that has been pleasing patrons for over 30 years. Chef Ray’s love of food and his lighthearted-approach comes from his unique upbringing. Ray was raised in mental institution, not as a patient, but rather as a resident – the Sheboygan County Hospital in central Wisconsin was the place he called home. When Ray was growing up, his father was the institution’s superintendent and his whole family resided in an apartment on the grounds. Ray was inspired by his surroundings– the kitchen was his favorite hangout. He learned from the German and Swedish chefs who ran the kitchen and was excited by the gourmet fare they created. Their creations, such as Seafood Newburg and Lobster Thermidor, were significantly different than the typical dinners that were served on other Midwestern tables. 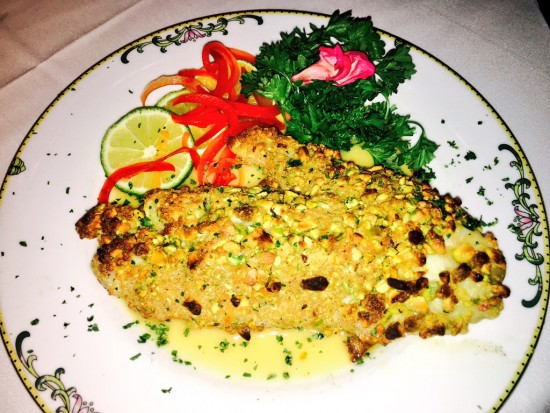 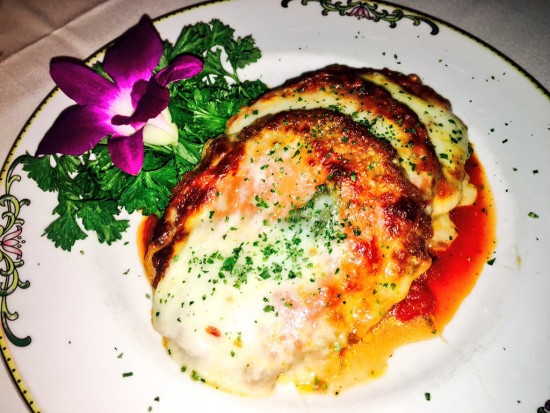 The hospital had its own farm, dairy, garden and orchards. Ray sat on the kitchen counter and watched as everything was made from scratch. Ray experienced “from farm to table” before it was trendy.

In I974, Ray relocated to Florida where he was the chef at Colony Beach and Tennis Resort on Longboat Key and then at the distinguished Café L’Europe on St. Armands Circle. In 1980, Chef Ray and his wife D’Arcy purchased the Euphemia Haye restaurant on Longboat Key where they have maintained the restaurant’s exacting standards and intimate atmosphere since, while enhancing it with unique touches and culinary creativity. 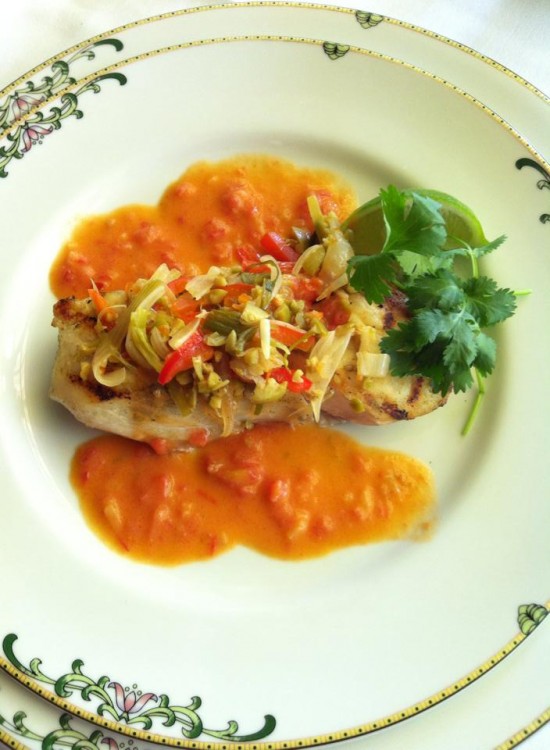 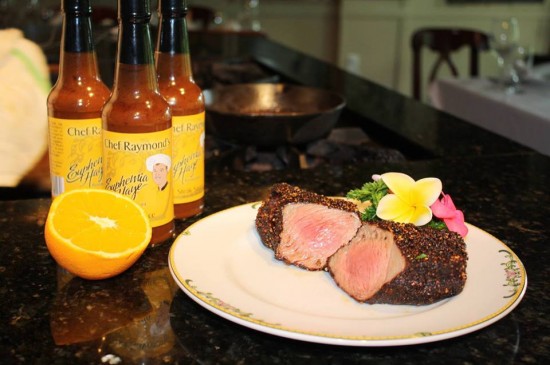 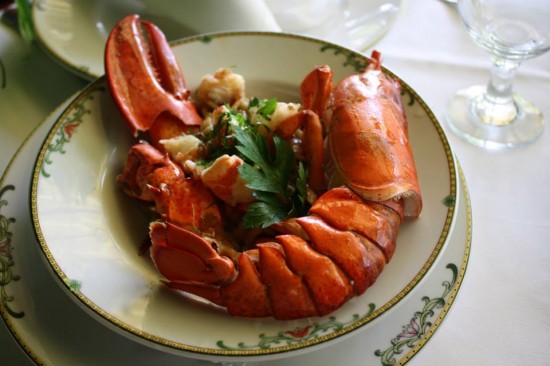 Salads include the Classic Caesar, Arugula and tomato with burrata, and the Nouveau Waldorf (Deliciously sweet slices of seasonal pears, bedded on mixed greens, topped with candied pecans and gorgonzola crumbles, drizzled with red wine vinaigrette).

See you on Longboat Key, and please tell Chef Ray that Fred Bollaci sent you!

I'm CEO and President of Fred Bollaci Enterprises. I lost more than 100 pounds while living "La Dolce Vita" and I'm now known as "The Healthy Gourmet." Sample the good life with me through fitness, fine food, and good wine. Meet chefs who cater to a healthy gourmet lifestyle through my Golden Palate blog.
View all posts by Fred Bollaci →
This entry was posted in Fred Bollaci on Dining and tagged fl dining, florida, pizza, sarasota, sarasota dining, tropical. Bookmark the permalink.