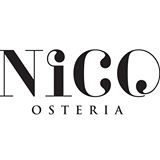 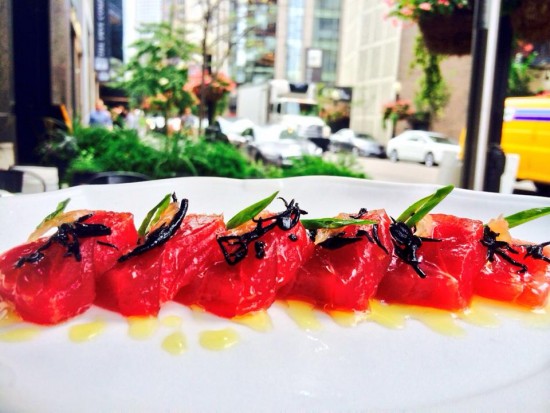 From the team behind One Off Hospitality Group, Executive Chef Paul Kahan and restaurateurs Donnie Madia, Terry Alexander and Kimberly Galban present Nico Osteria, an Italian-inspired seafood restaurant at Thompson Chicago bringing rustic simplicity to freshest seafood and pasta, and is a Fred Bollaci Enterprises Golden Palate Partner®, having been awarded the Golden Palate Certificate of Excellence® exemplifying the freshest and best quality cuisine, gourmet light options, excellent wine and cocktail program, and outstanding service–a MUST in Chicago! 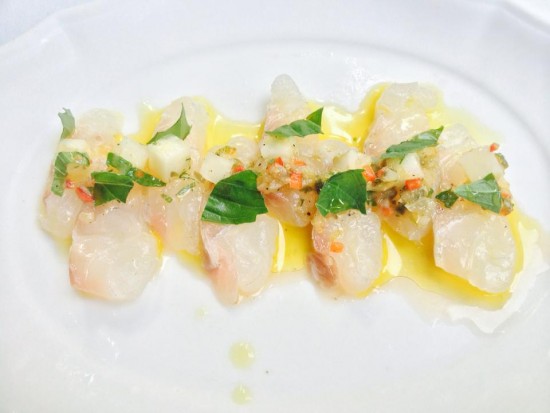 The menu at Nico Osteria is printed daily, featuring the freshest and best seafood and seasonal produce available from local sources (organic, sustainable farms throughout the Midwest), as well as imported from Italy. Although all the food is fantastic, the emphasis is definitely on “Crudo” or raw fish, the freshest possible, simply and elegantly prepared to perfection. Definitely begin by ordering several to share. Salads are large, colorful, fresh, and delicious! Pastas are all made in-house, breads are baked in-house, and fresh seafood arrives daily. Nico serves breakfast & lunch Monday-Friday, and dinner 7 nights a week, and offers comfortable outdoor seating, perfect in nice weather for people watching in the lovely Gold Coast neighborhood, two blocks from Barney’s New York. The wine list is exemplary, with an abundance of great selections by the glass and bottle, and all wines by the glass on the list are accompanied by tasting notes as well as a knowledgeable staff to assist diners in making the perfect choice to accompany their meal. 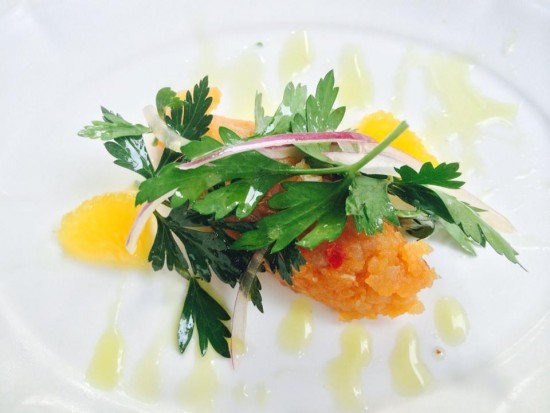 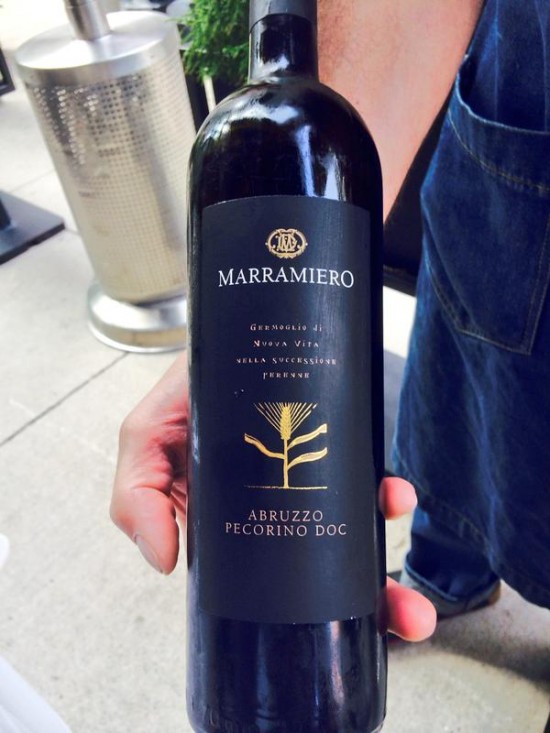 An excellent, crisp, minerally, “green apple” flavored wine from Abruzzo paired perfectly with the assorted Crudo plates we enjoyed (available by the glass for $15). 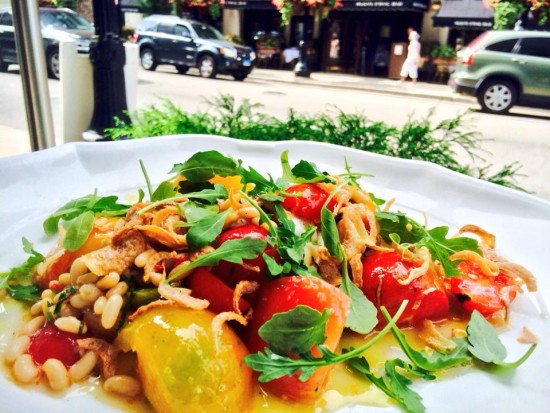 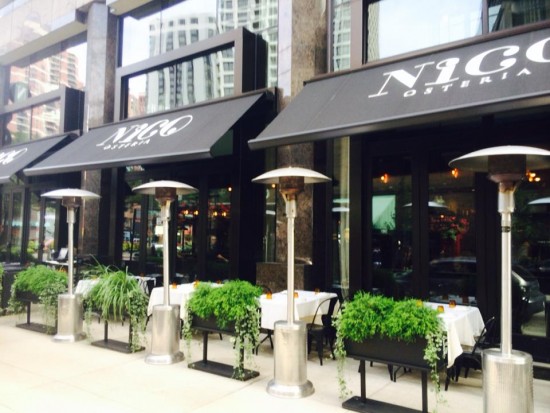 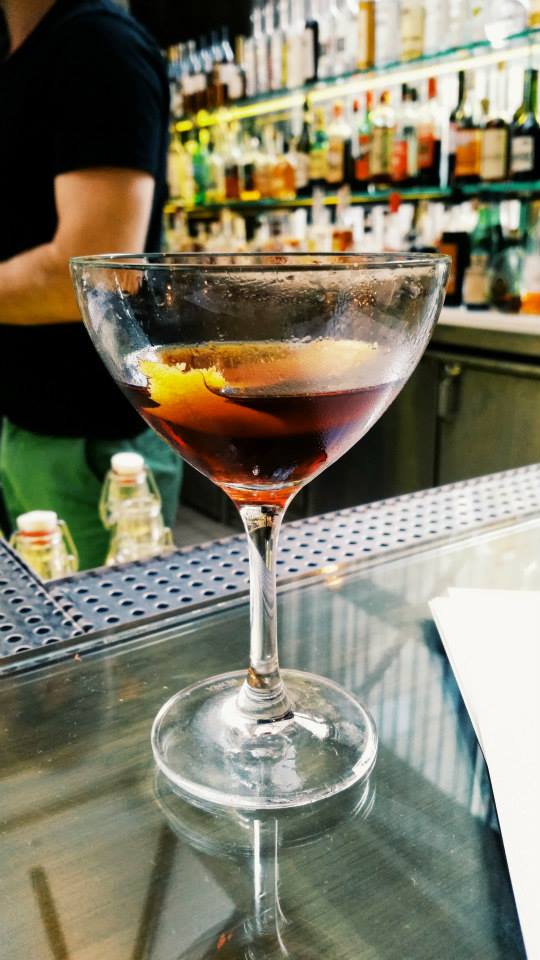 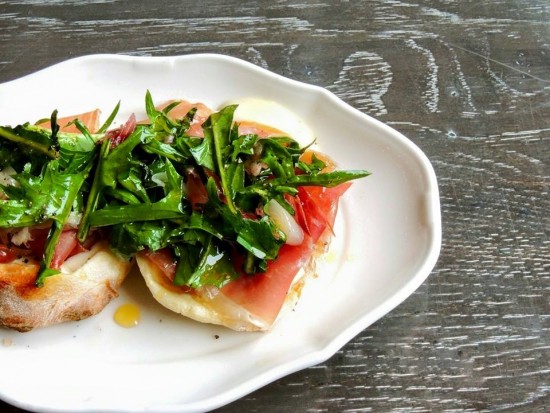 Executive Chef/Partner Paul Kahan is a shining star and nationally among the best known of Chicago’s top chefs. Kahan is known for being “Passionately seasonal, unconventionally creative and dedicated to the inspiration of classical cuisine,” he has received international acclaim for Blackbird, avec, The Publican, Big Star, Publican Quality Meats and most recently Nico Osteria. Awarded Outstanding Chef by the James Beard Foundation in 2013 and Best Chef of the Midwest in 2004.

A Chicago native, Kahan grew up around food. His father owned a delicatessen and a smokehouse, where he worked alongside his dad.

After a brief post-college stint as a computer scientist, Kahan took a job in the kitchen of Erwin Drechsler’s Metropolis. It was in here that Kahan realized his true calling. Over the course of 15 years at Metropolis and Erwin, Kahan developed relationships with Midwestern farmers—which left a permanent mark on his culinary outlook. He further honed his craft at Topolobampo under the tutelage of the award-winning chef Rick Bayless.

In 1999, shortly after Blackbird opened, Food & Wine placed Kahan on their Best New Chefs list, recognizing his highly individual approach to cooking. Kahan’s biggest passion remains his work as a mentor for young chefs. “I have won my awards,” Kahan says; “what I love is cooking and teaching. If somebody has a great creative vision or a great mind for food, I want to learn from them,” and help them to grow as a chef and a person.

Chicago-born Managing Partner Donald J. Madia is considered among the city’s most acclaimed restaurateurs, combining his instincts for style, atmosphere and hospitality. His unique blend of inspiration, attention to detail and sense of unlimited possibility transcends to all his restaurants.  He was recognized by the James Beard Foundation through consecutive nominations for Outstanding Restaurateur in 2012 and 2013.

Managing Partner Terry Alexander has become a leading force in Chicago’s hospitality community, and is recognized for a successful 25+ year career operating restaurants in Chicago, and Mia Francesca, an Italian trattoria, which later expanded to over 20 ovations across the country. 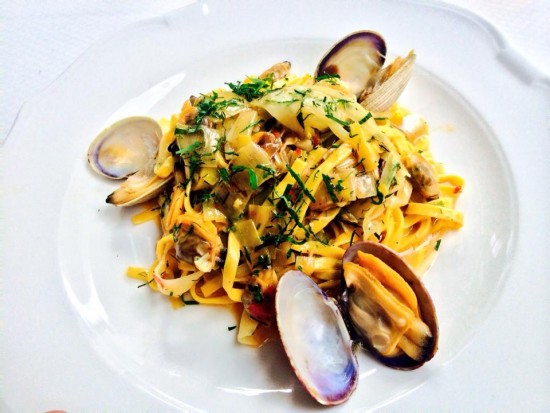 See you in Chicago, and please tell the folks at Nico Osteria that Fred Bollaci sent you, and buon’ appetito!

I'm CEO and President of Fred Bollaci Enterprises. I lost more than 100 pounds while living "La Dolce Vita" and I'm now known as "The Healthy Gourmet." Sample the good life with me through fitness, fine food, and good wine. Meet chefs who cater to a healthy gourmet lifestyle through my Golden Palate blog.
View all posts by Fred Bollaci →
This entry was posted in Fred Bollaci on Dining and tagged chicago, crudo, gold coast, nico osteria, paul kahan, seafood. Bookmark the permalink.