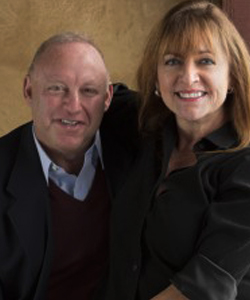 IT’S TIME FOR WINE and OTHER THINGS

(with a little emphasis on Napa and Sonoma)

When Monty was a freshman at Tulane University in New Orleans in 1969-70, one of the courses he liked least was Philosophy. Ironically, the subject was taught by a professor who became one of his favorites, and who well represented the prevailing attitudes of the 60s. On the first day he told the class, “What you will learn here may be interesting, but you will only have grasped the meaning of this discipline when you realize how irrelevant it really is.”

In a way, as you will see, that might describe today’s column about how one properly refers to the places where grapes for wines are sourced in the United States. We will delve into how those places are formally designated, as well as to how they are referred in real world conversations. Interesting? We think so.Relevant? You decide when we conclude.

In the last generation, the actual location from where grapes areharvested to make up a bottle of wine has become increasingly important in the minds of both producers and consumers. The former are interested in showcasing the unique characteristics of a particular area (much like a pedigree, if you will), while customers take comfort in, and pride from, purchasing wines from particular regions they have personally identified as beingbetter than others.

While we believe most wine professionals would agree that the area from where grapes are sourced is a nice general guide to what might ultimately be in the bottle, if pressed, most would also agree that too much emphasis can be placed on this place of origin. When one thinks about it, a little skepticism is quite logical.

For example, the Rutherford District of Napa Valley unquestionably produces fruit that is often vinified into some of the world’s finest Bordeaux style wines (Cabernet Sauvignon, Merlot, Petit Verdot, Malbec, Cabernet Franc, and/or various blends therefrom). This conclusion of excellence, beyond the wine quality itself, is further bolstered by public relationsmachines hired by those within the area, and also the setting of high prices for the wines. However, to believe that a Rutherford wine is always better than a St. Helena wine, when these two regions are frequently contiguous, is a fallacy. Quality does not necessarily increase or decrease because a grape is grown north (St. Helena) or south (Rutherford) of Zinfandel Lane, only about a 50–foot distinction.

Thus far, we have refrained from using the two terms that more formally describe the regions/areas from which grapes are grown. It is time. Almost everyone, whether they be writers, winemakers, vintners, or salespeople, use the following two descriptors: “American Viticultural Area” (AVA) and “Appellation of Origin” (Appellation), interchangeably. While in most instances it does not matter which term is employed, there are differences that should at least be understood by enophiles and budding enophiles alike.

Most would be surprised to learn that the AVA system in the United States did not come into existence until 1980, when thehonor of the first viticultural area went to the wine growing region of (shocker) “Augusta, Missouri.” Prior to that time, grapes came from various Appellations, the definition of which is contained in the Code of Federal Regulation, Section 4.25. In general, before 1980, an Appellation of Origin was determinedfrom a political map. Thus, it could be the entire United States, one state, 2 or 3 contiguous states, one county, or 2 or 3 contiguous counties within a state. Wineries within those boundaries did not need, then, and do not need now, to obtain any permission to advertise their grapes as being from an Appellation. At least 75% of the grapes used for a bottle of wine must be grown in the named Appellation.

After 1980, per 4.25, an Appellation could also be a recognized AVA if proper applications were filed and approved. Concomitantly, every AVA, once confirmed, is to be granted the title of Appellation. In effect, then, all AVAs are Appellations, while all Appellations are not AVAs. However, once an Appellation became an AVA, 85% of the grapes in a wine must be from that AVA.

Why were AVAs desired, one might ask, when there were already Appellations in place by which to call wine regions? And how are they formed? The simple answers revolve primarily around understandable pride, as well as psychology.

In general, an AVA is a specified wine region with similar climates, soils, and geography. It obtains formal designation after wineries and growers within the applying area persuade the Alcohol and Tobacco, Tax, and Trade Bureau (TTB), a department of the U.S. Treasury, that they meet the criteriaabove. It can then be used on a wine label. This is the “pride” element to which we have referred. Every grower and producer want to believe their wines are unique, and of superior quality. The point to remember is that Appellations in the United States were created by legislation (states, country, or county), while AVAs have no pre-conceived boundaries and are created by those believing a certain area has similar and unique characteristics as set out above.

Some AVAs, such as the “Mississippi River,” may encompass millions of acres, while others might only comprise a few hundred or so. They are all given legality under 27 CFR Sec. 9, which lists every approved AVA in the United States. Significantly for our readers, Sec. 9.23 lists “Napa Valley” (the country’s second granted AVA) with its boundaries being the entire county of Napa. If one looks further s/he would discover other regions within “Napa Valley” with which s/he might have some familiarity –.e.g. “Rutherford,” “Oakville,” “Los Carneros,” and “Spring Mountain.” While there is no such codified term as “sub–AVA,” technically this is what “Rutherford” and 15 other districts within the Valley really are, though most people do not refer to them as such. Still, when one counts the number of AVAs in Napa, one must include “Napa Valley” among them. So, as of today there are really 17.

As an aside, there is an AVA called “North Coast,” which has within it all of Napa, Sonoma, Lake, and Mendocino counties, and parts of Marin and Solano. Thus, if one wanted to engage in a true esoteric discussion on the subject, the “Napa Valley” AVA might well be called a sub-AVA of “North Coast.” Ah, but we digress.

As for Sonoma County, it is NOT an American Viticultural Area, and none of its approved AVAs – e.g.“Dry Creek Valley”, “Bennett Valley,” “Sonoma Coast,” and “Russian River Valley” would ever be referred to as sub-AVAs. That said, Sonoma has unfortunately become almost a parody of the information AVAs were designed to confer. For example, “Fort Ross-Seaview” sits fully within “Sonoma Coast,” “Green Valley” is surroundedentirely by “Russian River Valley,” and so forth. Again, this happened because a few wineries and growers in small areas such as “Green Valley” felt their climate, soils, and geography were different enough from the rest of “Russian River” that they pursued their own designation – and got it. We are not suggesting they don’t deserve it, only opining that at some point the differences become picayune.

Which brings us to the other reasons AVAs are so important to vintners and growers. As we alluded to earlier, for some time now the place from where a wine originates has become more important with each passing year. While this is a relatively recent concept in our young country, the idea that the smaller the Appellation of Origin, the better, has been in vogue in Europe for centuries. It has taken hold here, and so from a psychological standpoint the sellers want to offer that for which the consumer is willing to pay top dollar. The smaller the region, and the less wine produced, the argument now goes, the better. Capitalism at its best, whether accurate or not.

By now, most pre 1980 Appellations have indeed obtained AVA status, yet you still see Appellations on many wines. “California” is an Appellation and not an AVA. “San Luis Obispo” is solely an Appellation, though within the county are AVAs such as “York Mountain,”

Pragmatically, where does all this lead us? To be frank, almost nowhere. We hope it is explanatory and somewhat interesting, but as Monty’s Philosophy professor said, once you understand it, it becomes irrelevant, for everyone now uses Appellation and AVA to mean one and the same – and such use certainly doesn’tseem to cause any problem whatsoever. And that is good news.

I'm CEO and President of Fred Bollaci Enterprises. I lost more than 100 pounds while living "La Dolce Vita" and I'm now known as "The Healthy Gourmet." Sample the good life with me through fitness, fine food, and good wine. Meet chefs who cater to a healthy gourmet lifestyle through my Golden Palate blog.
View all posts by Fred Bollaci →
This entry was posted in News and Interviews and tagged Ava wine, monty preiser, preiser key, sara preiser. Bookmark the permalink.